Ahmad is a SC (Security Cleared) Barrister who specialises in human rights and public law, with an emphasis on immigration, asylum, nationality and EU law. He is also familiar with crime, regulatory (Solicitors’ Disciplinary Tribunal) and civil litigation.

He has been featured in the Times, Counsel magazine and other publications. He has also appeared in a number of high profile and public interest cases as set out in the reported and notable matters.

Ahmad represents private clients, corporate clients and governmental departments such as the Government Legal Department, as a member of the Attorney General’s Junior Junior Panel, the Home Office as counsel in the First tier Tribunal and the Crown Prosecution Service as a prosecuting counsel. He has also been instructed by the Ministry of Defence to work on matters with the Foreign Commonwealth Office and the Serious Fraud Office.  He has appeared in more than 1000 appeal hearings and also specialises in resolving matters at the administrative review, pre-action stage or by way of fresh applications.

Ahmad has also completed the Pre-Application Judicial Education Programme and is currently applying for a judicial post. He is Direct Access accredited and authorized to conduct litigation by the Bar Standards Board.

Prior to pupillage, Ahmad also took part in a Pilot Scheme with Judges and the Home Office to test out new methods of appeals. Ahmad also advised companies including a multi-national firm valued more than $2 billion. He is highly recommended for appeal hearings, judicial reviews, bail hearings, equally for drafting and representation. As part of his practice, Ahmad has also received written and oral commendations from Judges.

He is also an Army Officer in the British Army, having lead fire teams abroad on training exercises and in shooting competitions. In his spare time, he is a proficient weight lifter, rock climber and horse rider. He has spoken on live television shows, major public events and has provided individual teams with training sessions. 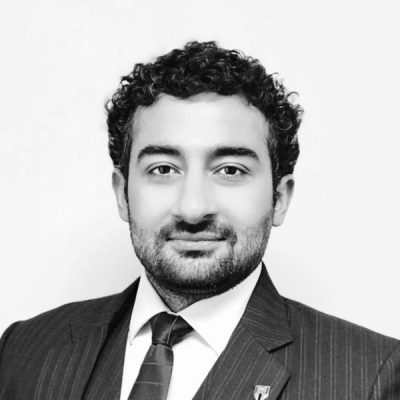