Emma Harris appeared for the asylum claimant in this unusual appeal by the Home Office in which the Home Office was forced to agree that in order for their appeal to succeed they would have to argue that death is a “greater harm” than torture and that a person could be expected to submit to or accept Article 3 treatment if their failure to do so would lead to the death of another person. It was agreed that such an argument was “grotesque” and “abhorrent”.

Although Ms Harris’s client was the Respondent to the appeal in the Upper Tribunal he shall be referred to as the Appellant throughout as that is how he appeared in the First-Tier Tribunal.

The Appellant was a national of Sri Lanka of Tamil ethnicity. During the Sri Lankan war, he was initially a member of the LTTE. He decided to defect whilst the war was still ongoing and sought to join the Tamil National Alliance (the TNA) which was at that time on the same side of the conflict as the Government of Sri Lanka. The TNA did not believe that he was genuine in his desire to join them and, after beating him, therefore handed him over to the Sri Lankan Army. He was detained, tortured and sexually abused over a period of 7 years by the Sri Lankan Army. During that time, whilst he was a prisoner, he was also used by the Sri Lankan Army as an interpreter and to identify approximately 25 LTTE members who were then subjected to torture and extrajudicial killing. The Appellant complied because he feared further torture.

The Appellant’s asylum claim arose from unrelated events after the war had ended which are therefore not rehearsed here. The Respondent had however sought to exclude the Appellant from being eligible for protection under Article 1F(a) of the Refugee Convention on the basis that the Appellant’s identification of LTTE members on behalf of the Sri Lankan Army during the war amounted to a war crime.

A person can be excluded from protection under Article 1F(a) of the Refugee Convention where there are serious reasons for considering that a person has committed a crime against peace, a war crime, or a crime against humanity. The Appellant in this case relied upon the defence of duress which is a complete defence to exclusion under Article 1F(a).

The defence of duress consists of three limbs under Article 31(d) of the Rome Statute of the International Criminal Court as follows:

The Appellant’s factual claim to have been detained, tortured and sexually abused by the Sri Lankan Army for a period of seven years was conceded by the Respondent at the First-Tier Tribunal hearing.

The Appellant was found by First-Tier Tribunal Judge Beg (“FTJ Beg”) to have knowledge of what would happen to the people that he identified and that the Appellant had therefore committed acts capable of coming within Article 1F(a). She found, however, that the defence of duress was made out because the Appellant had been a prisoner throughout, escape had never been viable for him despite the degree of freedom granted to him as a result of his compliance with his captors and he had only ever acted as directed.

The Home Office appealed against the decision of FTJ Beg on the narrow basis that the third limb of the test for duress had not been considered. This limb was not expressly considered by FTJ Beg but the Grounds of Appeal submitted by the Home Office did not seek to explain why this was a material error of law. Permission to appeal was nonetheless granted to the Home Office by Upper Tribunal Judge Kekic.

Ms Harris submitted at the hearing of this appeal that for this omission by FTJ Beg to be material, the Respondent’s position must be that the harm intended by the Appellant, knowing that the LTTE members identified were likely to be killed, was greater than the torture and sexual abuse that he sought to avoid. It was submitted that such a stance was abhorrent as the extrapolation of it is that the Home Office expects a person in the Appellant’s situation to voluntarily submit to Article 3 treatment where to do otherwise would lead to the death of another person.

The Respondent’s representative at the hearing had no specific instructions on this point but agreed that such a stance was grotesque.

The Upper Tribunal therefore found that the failure by FTJ Beg to consider the third limb of the test of duress was immaterial. The Upper Tribunal also found that the harm arising from the Appellant’s actions, even though it included extra-judicial killing, could not be characterised as “greater harm” than the torture and sexual abuse that the Appellant had sought to avoid by complying with his captors.

The Appellant was therefore entitled to rely upon the defence of duress and should now be granted refugee status. 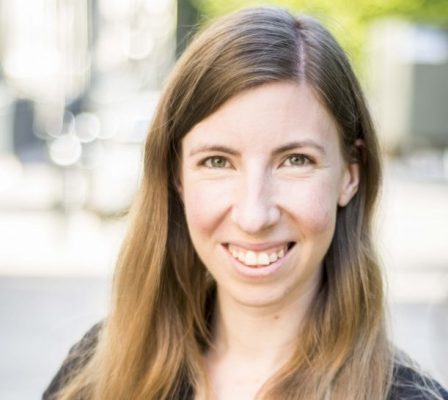