Other than in exceptional circumstances,  each member of the immigration team of the chambers listed below will not accept instructions under the ‘Reform Procedure’ to prepare an ‘Appeal Skeleton Argument’, unless specific provision is made for that work to be adequately remunerated.

As with many of our colleagues, we at 10KBW very much regret the need to adopt this policy, and feel it is essential to explain the context for our decision.

On 23 March 2020, the President of the Immigration and Asylum Chamber of the First-tier Tribunal (FTTIAC) issued Presidential Practice Statement Note No 1 of 2020: Arrangements during the Covid-19 pandemic, which requires all appeals to the FTTIAC to be commenced using the experimental online procedure that was being trialled before the Covid-19 pandemic hit (the ‘Reform Procedure’).

The Reform Procedure is designed to encourage the parties to resolve appeals where possible without live hearings.  To this end, among other innovations, appellants are required to submit a full appellant’s bundle and an ‘Appeal Skeleton Argument’ (‘ASA’) at a very early stage, setting out a summary of the appellant’s case, a schedule of issues and the appellant’s submissions on those issues—in effect, the ASA has to cover all aspects of the appellants’ cases, including all the lines of argument they intend to make.  The respondent (i.e. the Home Office) is required to respond to the ASA in detail, identifying what is accepted and what is rejected or denied.  After the parties have complied with these stages, an FTTIAC Judge will decide how the appeal is to proceed, including whether it can be determined without a hearing.

At around the same time as issuing Presidential Practice Statement Note No 1 of 2020, the FTTIAC President directed that all appeal hearings that had already been scheduled were to be vacated and replaced with Case Management Review hearings by telephone.  In consequence, judges at the FTTIAC hearing centres started issuing directions that the appellants in those cases should submit ASAs as described in the Reform Procedure.

In almost every case the ASA is likely to be a considerable piece of work of central importance to appellant’s prospects of succeeding in the appeal.  For many years it has been customary for appellants to rely on skeleton arguments in FTTIAC appeals, so there is nothing new about the principle of written arguments. Until the Reform Procedure, however, the FTTIAC standard direction was for any skeleton argument to be served 5 working days before the appeal hearing.  In practice, where appellants were represented by barristers, the skeleton argument was usually prepared by the barrister who would appear at the hearing and the fee agreed between the client and the barrister would cover the preparation of a skeleton argument where appropriate.  This was the case whether the case was being funded privately or by Legal Aid.  Unfortunately, as the ASA is no longer being prepared specifically for—and just before—a hearing, but is required at a much earlier stage, it cannot realistically be wrapped up in the barrister’s hearing fee.  There are three main reasons for this: the ASA may sometimes result in no hearing taking place; even if there is a hearing, it will not be possible to guarantee that any barrister who drafts an ASA will be available for the hearing, which may take place some weeks after the ASA submission date; and, due to the time-lag between the ASA submission date and any hearing that does take place, the barrister who appears at the hearing will often need to draft another skeleton argument to take account of the Home Office’s response to the ASA and any further evidence or developments in the case that may have transpired since the ASA was drafted.

As in most sets of chambers, barristers at 10KBW are all individually self-employed and set their own conditions for accepting work, subject to their professional obligations.  It follows that, absent exceptional circumstances, any client wishing to instruct a barrister to draft an ASA will need to agree a fee with the barrister for that specific piece of work.

While members of 10KBW agree that parties to litigation should seek to narrow the issues in dispute and supports the principle that the Home Office should be required to keep cases under active review, we are very concerned that the Reform Procedure is likely to increase the costs to privately-funded appellants, because we do not consider it likely that the Reform Procedure will result in a significant increase in appeals being withdrawn or conceded.

Furthermore, the effect of the Reform Procedure has been to widen existing funding gaps in legally-aided cases and create an additional funding shortfall.  In immigration and asylum cases, the Civil Legal Aid (Remuneration) Regulations 2013 make separate provision for fixed payments for funding case preparation and appeals.  The requirement for an ASA represents a very considerable extension to case preparation without additional funding.   To address this, the Ministry of Justice has just issued The Civil Legal Aid (Remuneration) (Amendment) (Coronavirus) Regulations 2020, to take effect on 08 June 2020.  It provides for a single fixed fee to cover both preparation and appeals during the Reform Procedure.

Regrettably, that does not resolve the problem, because, in spite of the considerable amount of extra work required by the Reform Procedure, the new Legal Aid fixed fee represents only a very slight increase on the previous total available for preparation+appeal.  The overall increase is £60 in asylum cases or £73 in immigration cases, in spite of the fact that, on the Ministry of Justice’s own estimation, the Reform Procedure is likely to require, on average, about 8 hours additional work, much of which will be preparation of the ASA.

In many cases, in fact, it may result in a reduction of the funds available, because the Legal Aid regime accounts for the fact that complicated cases may require additional funding by providing a safety valve that permits law firms to bill case preparation at an hourly rate where the costs have exceeded the ‘escape fee’ of three times the preparation fee.  As the preparation fee under the amended Regulations is £400 higher than previously, it is much less likely that the costs in individual cases will reach the level where the law firm will be able to bill them at an hourly rate.

Notably, the new Regulations make no separate or specific provision for funding the preparation of the ASA, which is just dealt with as part of case preparation.  It follows that, even in a legally aided case—again, absent exceptional circumstances—any solicitor wishing to instruct a barrister at 10KBW to draft an ASA will need to agree a fee with the barrister for that specific piece of work.

10KBW shares the concerns expressed by many other barristers chambers and law firms, the Bar Council, the Law Society and the Immigration Law Practitioners Association about the Reform Procedure and its impact upon the costs to appellants and the level of public funding made available by the Ministry of Justice.

The other sets of barristers’ chambers which have adopted the same policy so far are: 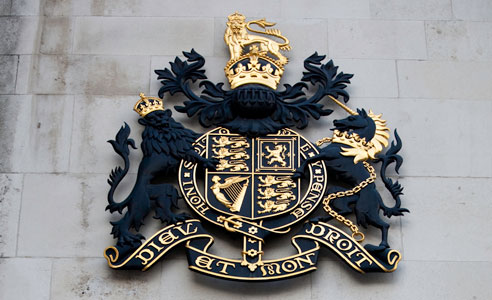