Before being Called to the Bar of England & Wales, Mashood had set up his solicitor practice in 2006 after being admitted to the Roll of Solicitors in England & Wales. He would specialise in Financial Regulation & Compliance, Banking & Securities, Competition Law and Intellectual Property law.

For over two decades Mashood has been enjoying a vibrant practice as an advocate both in England & Wales and internationally. He regularly appears in the Court of Appeal, High Court, Crown Courts, County Courts, Magistrates Courts and Tribunals in England & Wales. Whilst in international arena Mashood is making his mark in commercial litigation and arbitration in the UAE (Dubai, Abu Dhabi & Qatar) and in Singapore.

Mashood has extensive knowledge and confidence when dealing with Immigration Law.

Having been involved in numerous cases at the Court of Appeal, Upper Tribunal and First Tier Tribunal. Mashood’s meticulously crafted legal arguments have an appealing blend and touch of subjectivity for each client as well as justifiable objectivity. He therefore maintains an unparalleled record of impressive results.

Mashood’s profound knowledge of Family Law extends through his experience in both public and private family law. Having appeared in both the county court and high court numerous times. Mashood takes pride in helping families that have to undergo the legal system.

Clients have praised Mashood’s conduct and advocacy skills within the court room.

Mashood has represented his clients at all stages of different family law proceedings. Such as;

Mashood has developed over the years a commercial based practice and even has begun making his mark internationally in commercial litigation and arbitration in the UAE (Dubai, Abu Dhabi & Qatar) and in Singapore. 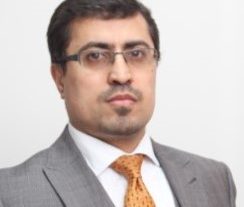