Charlotte has a broad commercial-chancery practice and has acted in both High Court and County Court disputes across a wide range of areas, including: commercial and consumer contracts; international and domestic sale of goods and supply of goods and services; wills and probate (both contentious and non-contentious, including in Part 8 Inheritance (Provision for Family and Dependents) Act 1975 matters; landlord and tenant (both commercial and residential); insolvency and bankruptcy; mortgages and security.

Charlotte is a CEDR (Centre for Effective Dispute Resolution) accredited commercial mediator registered with the Civil Mediation Council (CMC). She has been trained by and/or observed several leading international mediators, including: Laurence Kershen QC, Nick Pearson (former Head of Global Dispute Resolution, Baker & Mackenzie) and Mandy Lenton (former Head of Real Estate Litigation, Clifford Chance) amongst others. She also has experience in training junior Magic Circle lawyers in the mediation process and the skills required to represent clients at mediation, recently acting as lead mediator in a mock commercial mediation at Freshfields Bruckhaus Deringer.

As a Bar Council trained mediation advocate, Charlotte is instructed to represent parties at mediation and in this regard has received excellent feedback from both professional and lay clients alike. Her background as both an accredited mediator and barrister means that she is able to keenly analyse the dispute from legal, practical and commercial angles. As a result she is pragmatic, tactical and robust in negotiations, knowing astutely and intuitively how to work with the mediator to ensure her client’s success.

Charlotte takes a keen interest in the promotion of mediation in civil and commercial disputes across England and Wales. In this capacity she assists Sir Alan Ward (Chairman of the CMC and former Lord Justice of Appeal) at CMC board level, most recently in relation to the County Court Mediation Pilot Scheme spearheaded by (the then) Lord Justice Briggs and also in relation to the updating of the Ministry of Justice Civil Mediation Online Directory. She has also attended and engaged with the All-Party Parliamentary Group on ADR organised by the Chartered Institute of Arbitrators, discussing the merits of mediation becoming compulsory or remaining voluntary.

Charlotte studied law at both undergraduate and postgraduate level, attaining a Distinction and one of the highest marks in the year for her LLM in International Commercial Law at the University of Nottingham. This included coming first in the year for insurance law, second for insolvency law and ranking highly in international trade modules including international sale of goods and carriage of goods by sea. Her dissertation on commercial insurance law, “Should the Insurance Law Warranty Survive Reform”, also awarded a Distinction, was requested by the Law Commission (England and Wales) to be used as part of their on-going insurance contract law review in 2007.

Charlotte has acted on behalf of some of the UK’s largest financial institutions and other commercial organisations, appearing in the High Court, including the Companies Court and County Court. She has experience in the following areas:

Commercial, Consumer and General Contract: acting in disputes involving international trade and risk, consumer credit, hire purchase agreements and the law of guarantee, breach of contract and conversion of goods, sale of goods, agency, credit hire, unfair bank charges, the supply of goods and services and advising on insurance matters regarding insurable interest and on data protection issues.

Wills and Probate (Contentious and Non-Contentious): advising executors and beneficiaries in both contentious and non-contentious probate matters, including, for example, advising on replacement of executors, undue influence in the preparation of a will and procedure in propounding a will. Also experienced in Part 8 Inheritance (Provision for Family and Dependants) Act 1975 matters.

Landlord and Tenant (Commercial and Residential): acting mainly for commercial and residential landlords, experienced in, for example: advising on and drafting defences and counterclaims in claims for specific performance, damages and injunctions, possession proceedings, disputes in respect of non-payment of rent, multiple breaches of covenant, return of security deposit and forfeiture.

Insolvency and bankruptcy: winding up petitions for various types of creditors/petitioners including supervisors of failed IVA, judgment creditors and trade creditors, advising on alleged breaches of Insolvency Rules 1986, applications to annul bankruptcy orders, opposing applications for annulments, applications to set aside statutory demands, dealing with issues of notice and obtaining permission to take over carriage of a petition.

Mortgages and Security (Commercial and Residential): acting for various banks, building societies and mortgage companies in possession actions, including opposing applications to suspend a warrant of possession/stay an eviction, defending appeals and acting repeatedly for a large clearing bank in several order for sale hearings of both commercial and residential properties.

Charlotte also has experience in: planning inquiries, disputes involving express and constructive trusts and enforcement proceedings, including acting for various banks/commercial organisations in numerous return of goods, charging order and other debt enforcement hearings. She also recently acted for the Home Office in relation to disclosure for the Grenfell Inquiry. 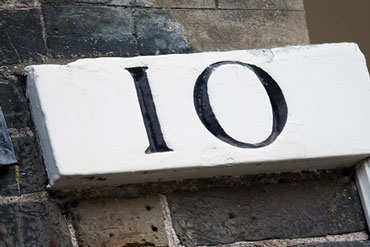