Maria is a skilled and robust advocate whose practice encompasses all aspects of immigration law with a significant focus on international protection, human rights and public law. Maria has substantial expertise in representing vulnerable clients, whether due to age, lack of capacity or serious trauma in complex litigation.

Maria has a busy court practice, appearing almost daily in the First Tier and Upper Tribunals of the Immigration and Asylum Chamber; Maria has also appeared in the Administrative Court and the Special Immigration Appeals Commission.

Maria has been described by a First Tier Tribunal Judge as having “…an unusually high level of skill and presence”.

Prior to commencing pupillage Maria gained substantial legal experience both in this jurisdiction and abroad, with a particular focus on human rights law. Maria spent three months interning at the state defender office in New Orleans, Louisiana, which represents all individuals at post-conviction appeal stage on death row.

Maria maintains a strong commitment to pro bono work; as Panel Counsel at Advocate (formerly the Bar Pro Bono Unit), she has assisted a family for over two years in their complex immigration litigation. Maria also spent time volunteering at a law clinic for Refugee Legal Support in Greece during the height of the refugee crisis in 2017. Maria sits on the Executive Board of Vocalise, a programme run by Gray’s Inn which teaches British Parliamentary Debating to prisoners, having previously been a director.

Maria is regularly instructed in publicly and privately funded appeals in both the First Tier and Upper Tribunals of the Immigration and Asylum Chamber; she has represented individuals from over 20 countries ranging from fear of non-state agents in Chechnya, pro-Kurdish political activity in Turkey, to a real risk of a breach of ECHR Article 3 due to lack of documentation in Iraq. Maria is regarded as having a high level of emotional intelligence combined with fearless advocacy.

Maria is passionate about keeping families together and regularly receives instructions in complex ECHR Article 8 cases including those involving step-parents, on-going litigation in the family jurisdiction and periods of overstaying.

As well her busy court diary, Maria is also regularly instructed to advise and draft grounds of appeal as well as grounds seeking permission to bring judicial review proceedings.

Maria regularly drafts grounds seeking permission to bring judicial review proceedings including challenges to fresh claims under §353 of the Immigration Rules, economic migration, unlawful detention and certification. Maria has obtained permission to bring judicial review proceedings on the papers three times on the same matter, relating to the former Tier 1 Entrepreneur Visa route which is now proceeding to a substantive hearing. Maria regularly appears in oral permission hearings at the Upper Tribunal.

Maria has also appeared in the Special Immigration Appeals Commissions challenging the Secretary of State’s refusal to naturalise pursuant to section 6(1) of the British Nationality Act 1981 (CY v SSHD, SN/73/2018).

Maria has substantial experience of appellate level advocacy, both oral and written, and enjoys the analytical nature of appeal work.

Maria has been instructed as Junior Junior Counsel to the Grenfell Tower Inquiry for over two years. Maria assisted in the disclosure exercise, drafted technical briefing notes disseminated to the Counsel team, responded to requests for information from experts and drafted sections of cross examination.

Maria has lived in four countries and backpacked across two continents. In her spare time she enjoys Olympic weightlifting and drinking red wine, seldom simultaneously. Maria takes part in the Miscellany Christmas show at Gray’s Inn, ensuring she is never cast in a singing role. 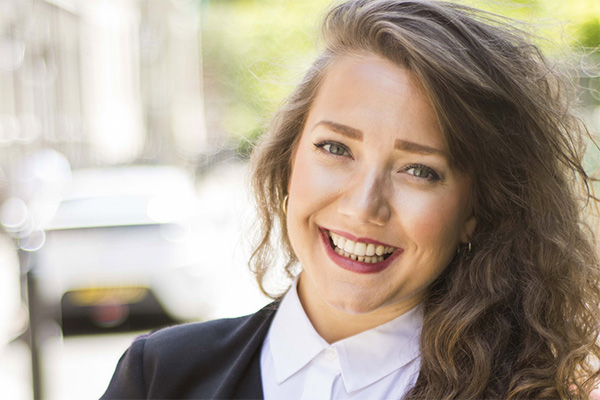