Anthony is a former in house Legal Counsel with construction giant Bovis Lend Lease Limited (now Lend Lease) a multi-national project management and construction company where for eleven years from 1998 to 2009 he successfully conducted high value Litigation and Adjudication proceedings, including a multi-million pound dispute that was heard in Technology and Construction Court of the High Court and which was settled through Mediation.

Anthony has a background in industrial injuries personal litigation from being trained in the Legal Department of Imperial Chemical Industries and in the specialist personal injury law firm Pattinson & Brewer. Anthony was commended by the trial judge for the preparation of a high value and lengthy mortgage possession action of considerable complexity and involving thousands of documents when with First National Bank. Anthony appeared in and successfully defended a personal injury claim in a trial against a building contractor, after an employee fell from scaffolding on a building site.

Anthony has comprehensive knowledge and experience of Litigation and ADR in construction Adjudications, Arbitrations and Mediations.

He has conducted adjudications against leading London city construction law firms in submitting Notice of intention to Adjudicate and Referral Notices, conducting arguments over jurisdiction of the adjudicator and natural justice legal and contractual arguments in general.

He has drafted pleadings and essential documents in litigation, Arbitration and Adjudication.

He has conducted litigation in the Technology and Construction Court of the High Court (including in the enforcement of the Adjudicator’s decision).

Anthony has a comprehensive knowledge and experience of Housing Grants Construction and Regeneration Act 1996 (as amended) and case law on enforcement of Adjudicators’ decisions in the Technology and Construction Court. Anthony has an in depth knowledge of every form of standard building contract.

He has advised on tender documents and terms and conditions and drafted amendments over many years.

He has advised on all associated contract documents of bonds, guarantees, collateral warranties, novation agreements and consultants’ appointments.

He has negotiated with leading city law firms on every type of building contract.

He has particular knowledge and experience of negotiation and drafting of Private Finance Initiative Hospital projects and Building Schools for the Future Facilities (BSF) Management contracts.

Anthony has a comprehensive knowledge of all Private Finance Initiative contractual documents.

He has drafted, negotiated and advised upon Facilities Management BSF contracts and Medical Equipment contracts and sub-contracts with suppliers on three major hospital projects at Havering and Roehampton in London and Leeds Oncolo12:v and Building Schools for the Future.

Anthony is a highly experienced Employment Tribunal and Employment Appeal Tribunal advocate in all manner of employment claims, stretching over many decades. He prepares claims for individuals and provides representation at the Employment Tribunal and in the Employment Appeal Tribunal. He has achieved substantial settlements for Claimants. In a recent claim for Unfair Dismissal and Associative Disability Discrimination brought by a nurse caring for her autistic son he negotiated a substantial and confidential settlement at the door of the Tribunal. In another claim brought by a Manager alleging bullying and disability against a major mortgage lender, he negotiated a high settlement, representing the maximum possible award for unfair dismissal compensation.

In another claim in recent years he negotiated the maximum amount of Unfair Dismissal compensation for a high-ranking Commercial Manager of one of the country’s largest transport infrastructure providers.

As a former in-house Litigation Solicitor with First National Bank, then part of the Abbey National Group, he appeared as advocate in very many hearings in chambers and in open court in property/consumer credit disputes and mortgage repossessions cases.

He prepared numerous appeals in the County Court and to the Court of Appeal including reported cases.

He is experienced in working with an array of commercial agreements and has frequently undertaken contract drafting and negotiating on a range of commercial agreements. He has significant experience of the Built Environment through the negotiation of contracts for and with employers, contractors, subcontractors and consultants with contracts ranging from relatively small sums to tens and hundreds of millions of pounds.

As Legal Counsel with Bovis Lend Lease he advised on and negotiated every type of construction contract and represented the company on major projects. 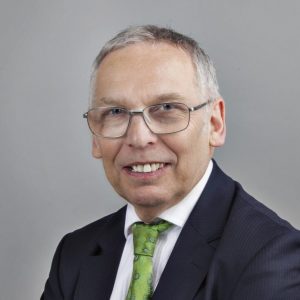